SCRN coordinates multi-center studies in robotics, fellow traineeships and many more activities across the globe

Our news from social networks

Society For Cardiac Robotic Navigation (Americas) is a non-profit organization. SCRN(A) was founded February 2017 by participants of the 14th International Winter Arrhythmia School in Collingwood, Ontario, Canada. In October 2017 it forged an Alliance with SCRN EU, (founded in 2015). Thus forming a Global SCRN.

Believing in the future of robotics technologies on one side and recognising its under-representation in daily clinical practice on the other side,

Although all founders are electrophysiologists, activities are not intended to be limited to this field or any particular technology.

SCRN's main principle is to remain an independent, non-profit organisation aiming to promote innovation and development in existing, upcoming and future technologies in the field.

SCRN is gathering best specialist around the World

Our SCRN Members support our efforts and activities on an annual basis. 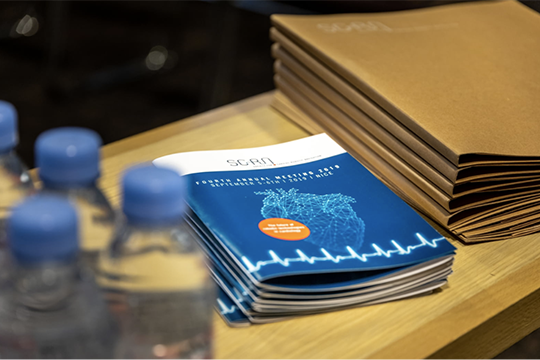 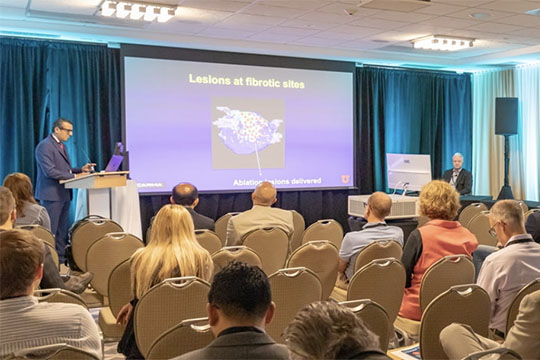 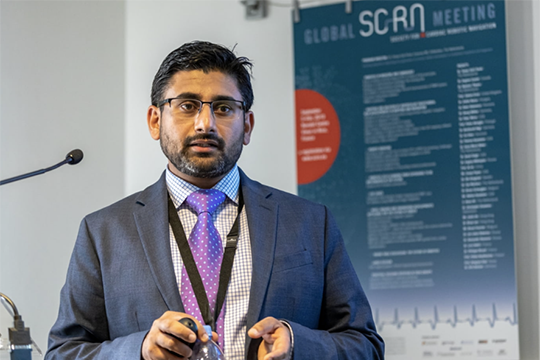 Members of SCRN benefit from

SCRN (A) organizes frequent meetings such as the Annual Meetings and the Breakfast Meetings. Learn more about SCRN's next upcoming events.

SCRN is recommending these free-access publications that are currently available from the U.S. National Institutes of Health's National Library of Medicine via its PubMed Central

SCRN(A) is working on the development of Best Practices Guidelines. As interim references please find out more about guidelines provided by industry.

SCRN (A) is glad to offer assistance in developing your career. Looking for training or the next step in your robotic career,? Learn more in this section.

What others say about SCRN

“SCRN is a platform where the pioneers in the domain of robotic-assisted cardiovascular interventions meet with the leading interventionalists and clinical experts and share their research, exchange ideas, and shape the future of the field.”

“This organization is an essential and unique opportunity to enhance communication between all interested parties, including physicians, allied professionals, engineers, scientists, and industry-partners.” 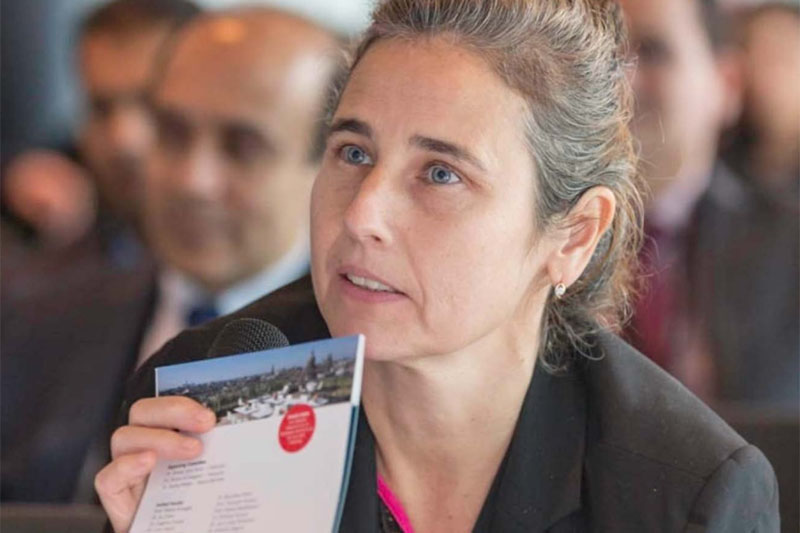 The first Inaugural Meeting of SCRN took place at the Doubletree by Hilton Hotel in Amsterdam on 20-21 October 2016. The audience of a little under 50 participants had a first glimpse of what SCRN stands for and was given the opportunity to listen and contribute to discussions from speakers own-site as well as video presentations from the United Kingdom. 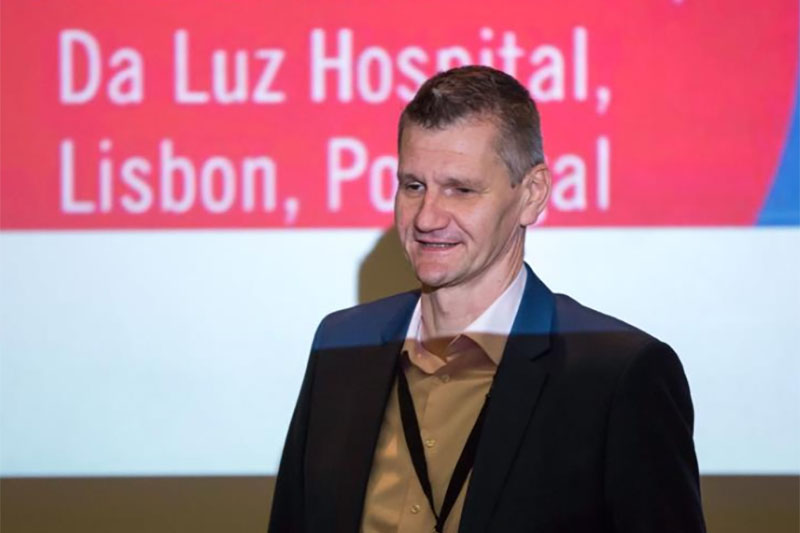 The second meeting of SCRN was hosted by Prof. Pedro Adragāo, at Hospital Da Luz on 19-20 October 2017. The audience watches live cases from Lisbon as well as boxed cases. The comfortable auditorium of Da Luz Hospital was the perfect setting for engaged discussions, in-depth presentations and new ideas around the use of robotic technologies in medicine. 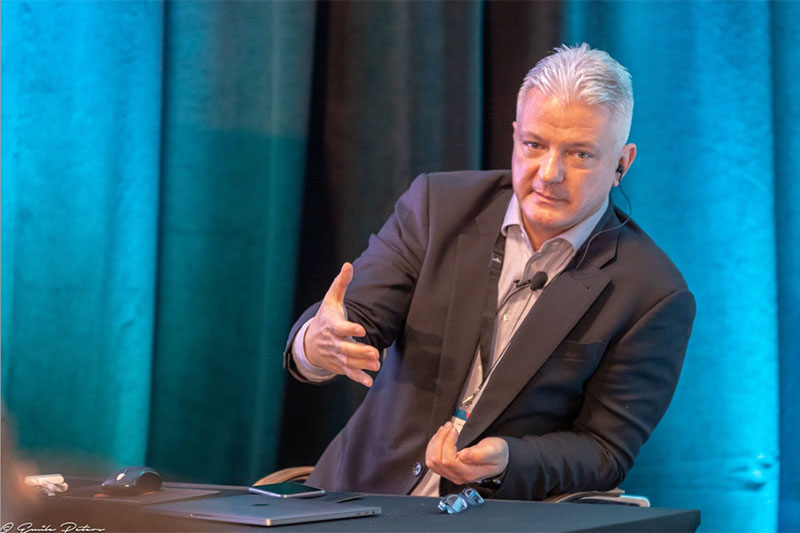 SCRN's third Annual meeting in Miami was unique, in the sense that it was the first Annual Meeting of SCRN held in the USA. The Annual Meetings will continue to alternate between Europe and America so all members of the SCRN Community can be reached. 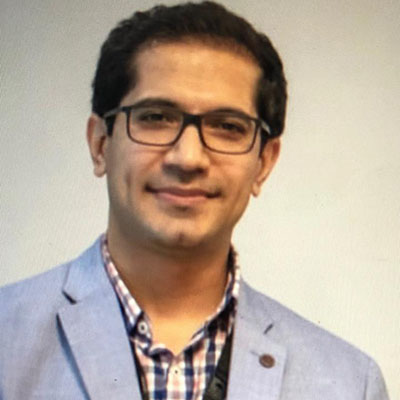 Dr. Tavallaei carried out his Ph.D. research in Biomedical Engineering at the Robarts Research Institute at Western University. During his Ph.D. studies, he co-founded Vital Biomedical Technologies, a spinoff from Robarts that commercialized the world’s first fully MRI-compatible motion platform for quality assessment of MRI and MRI-guided therapy. After his Ph.D. studies, he completed the Medical Device Innovation Fellowship Program at Western University and University of Minnesota. He did his postdoctoral fellowship at the Sunnybrook Research Institute (SRI), with the Department of Medical Biophysics at University of Toronto. Dr. Tavallaei is currently an Assistant Professor at the Department of Electrical, Computer and Biomedical Eng. and is a visiting scientist at SRI. His research focuses on minimally invasive therapy and diagnosis of cardiovascular diseases. Dr. Tavallaei is also the co-founder and president of Magellan Biomedical, a spinoff company from SRI that aims to address significant clinical needs in cardiovascular interventions. 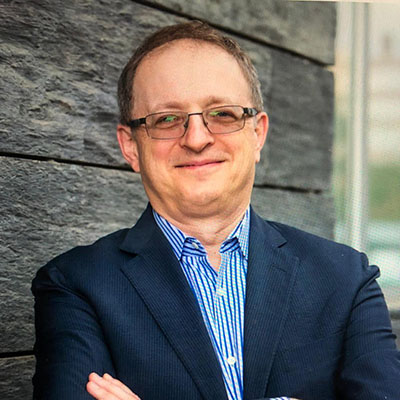 He is a Professor of Medicine, University of Toronto. He also serves as an Associate Scientist at Sunnybrook Research Institute, and the Li Ka Shing Knowledge Institute, St Michael Hospital.

He is the Chairman of the National Ablation Committee (Canadian Heart Rhythm Society) and Board Member, Ontario Association of Cardiologists.

Dr. Crystal is the Chairman and Founder of the Winter Arrhythmia School, the largest Arrhythmia CME in Canada. He is also a founding member of the European Cardiac Arrhythmia Society.

His research interests are in ablation strategies for various cardiac arrhythmia, and in development of robotics and automation in ablation therapy, as well as in the optimization of arrhythmia device therapies. He authored and co-authored over 200 peer-reviewed manuscripts in clinical and experimental cardiology. He holds numerous patents in the field of Cardiology.

Currently, he is a Principal Investigator of DxAF trial (AF in ICD patients) and SPARTAC trial (sham ablation trial in SVT). Dr. Crystal is a member of over 15 scientific committees of international Cardiac Electrophysiology congresses and a reviewer for numerous journals in the field of cardiovascular medicine. 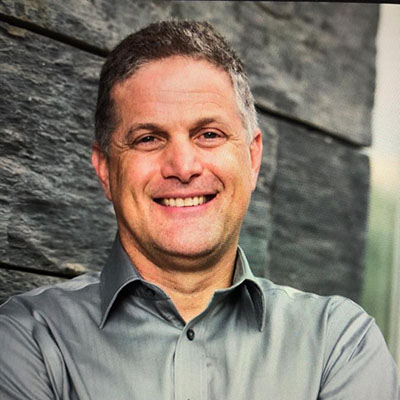 I am an electrophysiologist now practicing in Phoenix Arizona with the Banner University of Arizona health system. Prior to that I spent 14 years working at Intermountain Medical Center in Salt Lake City. There I was heavily involved with an extremely busy robotic practice. Having performed over 1000 robotic procedures, we were a frequent site for training, technology evaluation, and development of best practices. With Banner we will be building a new robotic lab during the coming year. I look forward to integrating this important technology into the evolving academic model within my new hospital system and focus on the development of another center of excellence.

I have been honored to be a part of the early progress of the SCRN. For all of us in the community who believe in the long-term benefit of robotics in the care of our patients, there is a shared sense of excitement about what the future will hold. I look forward to broadening the reach of SCRN, increasing the potential of the organization to reach a wider audience and therefore help to move progress forward toward a more involved partnership between physicians and the technology of the future. 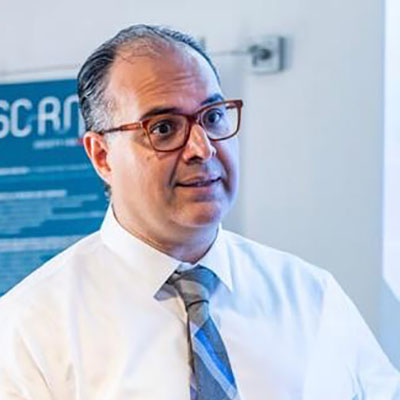 Beyond clinical activities, he is involved in medical education and training of cardiology and electrophysiology fellows. 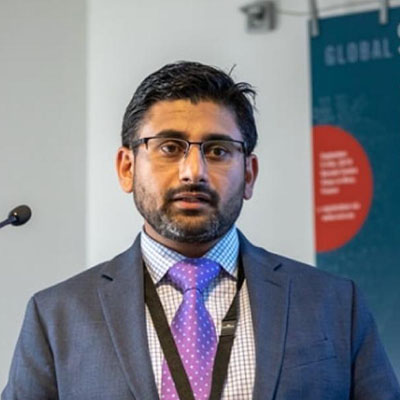 His research interest include advancing ablation techniques in treatment of ventricular arrhythmia and has special interest in robotic magnetic navigation. His research focus is on understanding the machinery behind myocardial scar and advanced mapping techniques. He also manages the lead extraction program at Henry Ford Hospital. He has received various awards during his training career including Outstanding Research Achievement and Presentation award from Henry Ford Heart and Vascular Institute.